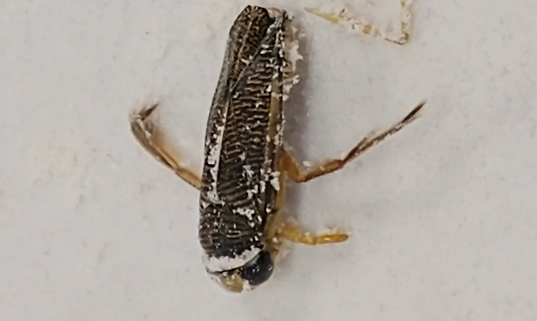 6524.  Hello, We found a few of these guys on the outside of a bag of malted barley flour today… wondering what species it might be and where it might originate from? Thanks! Calgary, Alberta. Canada

Number 6524.  This is a water boatman (Hemiptera/Heteroptera: Corixidae). They commonly are found on the surface of ponds where they use their oar-like hind legs to propel themselves. They feed primarily on algae, organic detritus, mosquito larvae, and other small aquatic life forms. They are good fliers and often are found far from water; their occurrence on the bag of flour is strictly accidental.