You are here: Home / Pest News / These tiny terrors

No-see-um? Maybe, but you’ll sure feel their bites Humans and dogs can fall victim to these tiny terrors 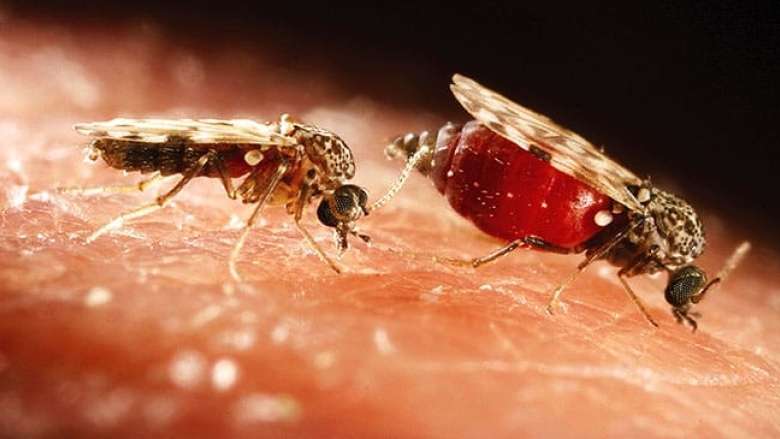 The tiny no-see-um fly, part of a large family of biting midges, are common in Alberta. (Stoppestinfo).

What’s 1.5 millimetres long, has razors for a mouth and attacks brazenly without warning?The prolific, and bloodthirsty, no-see-um fly.If you ask University of Alberta biologist Dr. Heather Proctor to describe a no-see-um, it sounds like a creature from a horror movie.

“It has a couple of blades inside its mouth parts and it quickly slices your skin so that you bleed noticeably and then they lap it up,” Proctor said in an interview Monday.

“They’ll bite you on your ear or fly up your nose … getting into little places where you don’t think little flies can go.” What you can do to keep the mosquitoes away this summer
Despite its name, the no-see-um isn’t invisible. It belongs to a large group of biting midges knows as Diptera. About 600 different species live in North America, but only a small fraction are known to bite humans.

“Their saliva can be really itchy and cause an itchy reaction in certain people, much worse than a mosquito bite,” said Proctor.

Much like their bloodsucking counterpart the mosquito, no-see-ums — also known as punkies — typically breed in standing bodies of water like ponds or sloughs. But unlike mosquitos, no-see-ums stay close to home after sprouting wings.

Although Proctor said no-see-um bites on humans typically happen during the summer months, it’s not uncommon in spring for people to be worried about bites on their dogs, said Dr. Louis Kwantes, a veterinarian in Sherwood Park.

“We called them the mayfly because we often saw them in May,” said Kwantes, adding that it’s not the scientific name for the bug.

Nicole Dinstel wasn’t sure what to think last week when she noticed angry, red bruises on her dogs Carmelo and Doug after a romp at the dog park in Laurier. 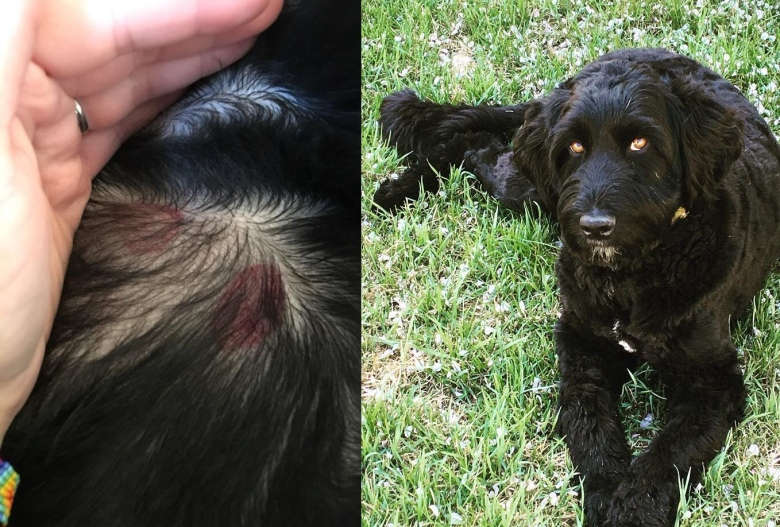 “We went straight to Google looking at what it could be,” said Dinstel. “They all looked similar. They all leave that same quarter-sized, bright red bruise-looking circle behind.”

Dinstel posted pictures of the bites on a Facebook dog page asking for advice. To her surprise, someone suggested they were from the no-see-um.

“I did call our vet to see what it could be, and she said it’s really common now,” said Dinstel, adding the red marks disappeared in 24 hours.

Kwantes said if there’s a bite big enough to cause a reaction or leave a mark, a visit to the vet should be in order.

Some even feed on mosquitoes

Although the no-see-um is apt to suck human and canine blood, Proctor said they have a unique mosquito-controlling ability.

“One species of no-see-um is a parasite of mosquitoes. It waits until a mosquito has fed and then it bites the abdomen of the mosquito and then steals blood from it.”

So how do you tell a mosquito bite from a no-see-um bite?

“There will probably be evidence of bleeding from a no-see-um bite,” Proctor said.

“If you’re bitten by a mosquito, unless you squish it, you don’t bleed, you just get a little welt. That’s because the mouth parts of the mosquito are very fine.”