You are here: Home / Pest News / 11 myths about bedbugs you need to stop believing 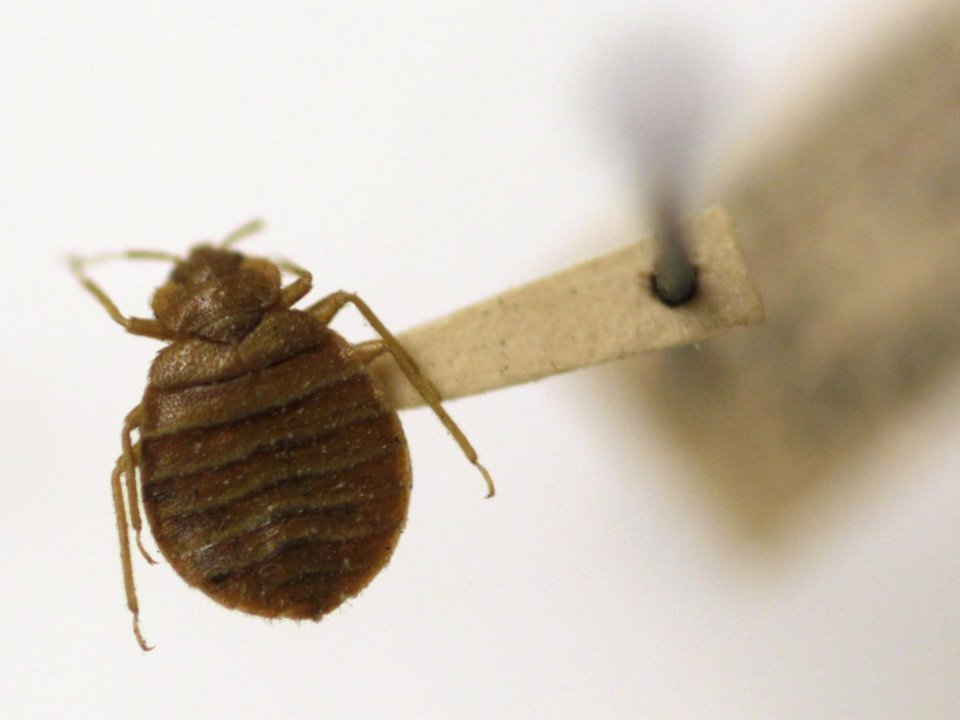 A closeup shot of a pesky bedbug. Carolyn Kaster/AP.

If you’ve ever dealt with bedbugs before, you’ve likely learned the hard way that there are a lot of things that people get wrong about them. And because bedbugs can cause some headaches for those who encounter them, you might want to know what’s true and what’s not. Bed bug myths are pervasive, but experts are here to set the record straight.

“Understanding the truth behind common bed bug myths is half the battle,” Jeff Zimmerman, CEO and owner of Prevsol, told INSIDER. “It’s important to dispel these myths so that others understand the signs of bed bug infestation and how to appropriately treat them.”

Because many bugs do, in fact, fly, you might think that bedbugs do as well, but the truth is that they don’t. “Bed bugs do not have wings,” Dr. Sydney Crawley, a public health entomologist who works with Scotts Miracle-Gro, told INSIDER. “They are crawling insects, and travel approximately one meter per minute. They are also incapable of jumping.” So that’s at least one less thing to worry you.

Bedbugs only bite at night.

You might think that bedbugs are solely a nighttime threat, but that’s not actually true. You need to be aware of their affect during the day, as well.

“Bed bugs are typically associated with nighttime because they often prefer to live in your mattress, where they can feed on human hosts at night,” Chuck Cerbini, the executive vice president of Corbett Exterminating, told INSIDER. “They’re attracted to the heat and carbon dioxide that you provide when you’re sleeping, but they’ll feed during the day if it’s safe as well. 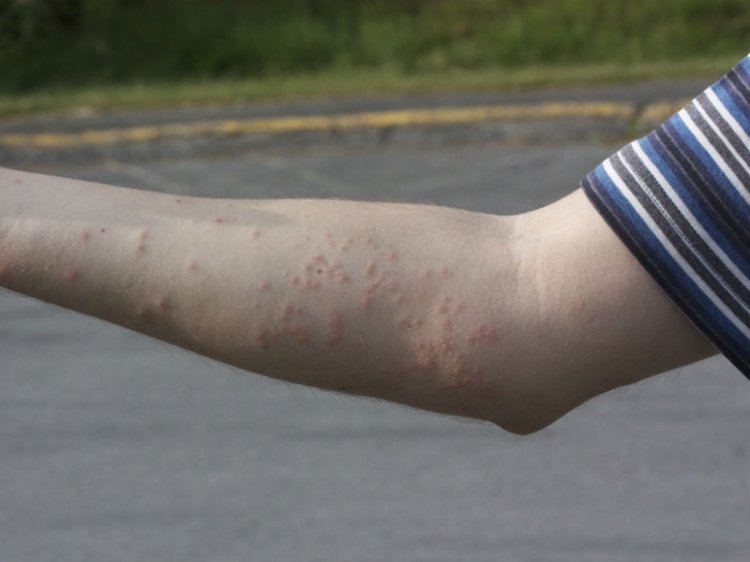 Bite patterns vary for every person.japharl/Flickr.

Just because you don’t have bedbug bites in groupings of three, it doesn’t meant that they’re not bedbugs.

“People often state that an individual bed bug tends to probe three times before reaching an acceptable spot to feed, creating a line of three bites along the skin,” Crawley said. “What is more likely is that multiple bugs are biting at the crease where your skin meets a surface. Clusters or groups of bites are often an indication that multiple bedbugs are present. Do not wait for a pattern of three to tip you off to bed bug presence — bite patterns look very different on different people.”

Any kind of unexplained bites should be looked into.

Unfortunately, a lack of bites doesn’t mean that you definitely don’t have bedbugs. Bed bugs don’t bite absolutely everyone.

“Many people do not react to bed bug bites at all, and bites can take anywhere from one to 14 days to surface when the affected individual does react,” Crawley said. “Do not let obvious signs of bedbugs (shed skins, small brown fecal spots, or a ‘musty-sweet’ odor) go unaddressed just because you are not exhibiting bite reactions.”

If you have bedbugs, it means your space is dirty.

Bed bugs don’t only live in dirty spaces, even if you might assume that they would. “While cleaning up and getting rid of clutter can help treat bedbugs faster, bedbugs can live anywhere, even places we would consider clean and tidy,” Zimmerman said. Keeping your space clean probably wouldn’t hurt (for many reasons), but bedbugs don’t mean you’re dirty.

You can’t see them.

Some people think that you can’t see bedbugs, but they’re probably bigger than you thought. Fully-grown bedbugs can be about one to five millimeters by one to three millimeters wide, Chris Stidd, CEO of EcoClear Products, told INSIDER.

“While small, this is certainly large enough to see with the naked eye—especially considering that most bed bug species are a distinct reddish-brown color,” he added. “Even their tiny translucent eggs, which are usually no larger than a pinhead, can be seen upon close inspection with the naked eye. They have the tendency to hide in small crevices so they can be difficult to see.

Bedbugs only live in beds. 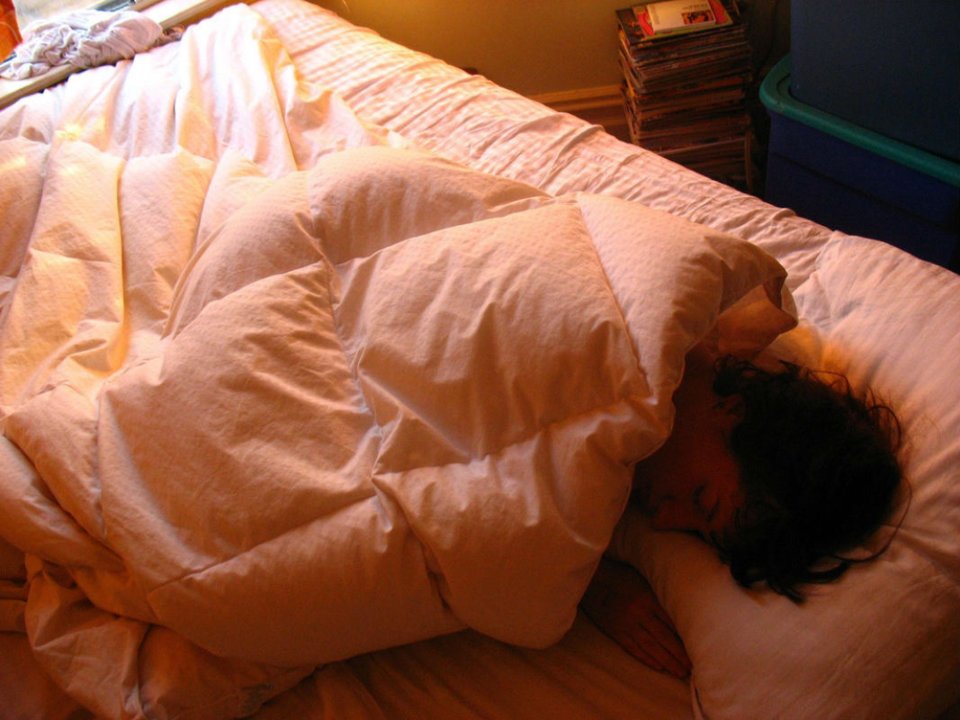 Maybe one of the biggest myths about bedbugs — likely due to their name — is that they’re only found in beds. That’s definitely not true, though they, of course, can be. They’re also found many other places.

“The name bedbug itself can be a tad deceiving because bedbugs can be found on headboards, couches, travel bags and luggage, and even on our family pets,” Jerry Lazarus, owner of Braman Termite & Pest Elimination, told INSIDER. “They can also be found on the transportation you take to travel – including planes, trains and automobiles.”

“As far as we know, bedbugs are not a primary vector of any pathogens,” Crawley said. “Although there is preliminary research suggesting that bedbugs might spread Trypanosoma cruzi, the causative agent of Chagas disease, it remains to be seen whether such transmission can occur from bedbugs to humans in a natural, real-world setting. As it currently stands, adverse dermatological issues stemming from bed bug bites are a more common concern.”

So while you don’t want bedbugs, by any means, you probably don’t (at least as of now) have to worry about contracting any serious diseases from your bedbug infestation.

Getting rid of your mattress is the only good way to get rid of the bedbugs.

“Some people suggest tossing your mattress since it’s not advised to treat it with insecticides — but simply throwing your mattress out is not a guarantee that there aren’t other bedbugs lurking in your home,” Cerbini said. “There are steam, chemical, and heat treatments available to treat your mattress completely.”

Throwing out your mattress doesn’t need to be your first move. You’ll likely be able to treat the bedbug infestation without having to sacrifice your mattress and shelling out the money for a new one.

You can carry bedbugs like you would ticks or lice. 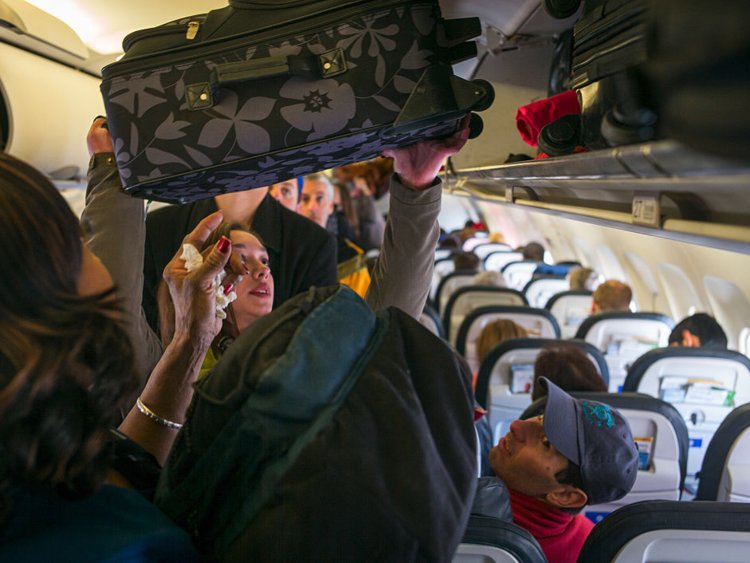 Bedbugs are more likely to hide in your luggage or backpacks.Getty Images.

Don’t worry too much about carrying bedbugs around on your body like you can lice and some other insects.

“Bed bugs, unless searching for a blood meal, are not attracted to heat like ticks or lice,” Crawley said. “They are much more likely to move from place to place via luggage, shoes, backpacks, and other inanimate objects.”

Chemicals are the only good way to get rid of bedbugs.

Chemicals certainly aren’t your only option when it comes to getting rid of bedbugs, and even if you opt to go the chemical route, that doesn’t mean that you won’t need to add in additional methods and techniques.

“In most cases, chemical application will also need to be supplemented with vacuuming, steaming, and laundering belongings where bedbugs can hide, and even that may not be enough to fully rid your space of bedbugs,” Zimmerman said. “That’s why we recommend using a bedbugs heater. They are eco-friendly, efficient, and 100% effective at killing bedbugs.”

Finding bedbugs is stressful, upsetting, and a bit frustrating, but knowing how to separate the facts from the commonly-believed myths can help you face an infestation with a clear head and know what you need to worry about and what you don’t.