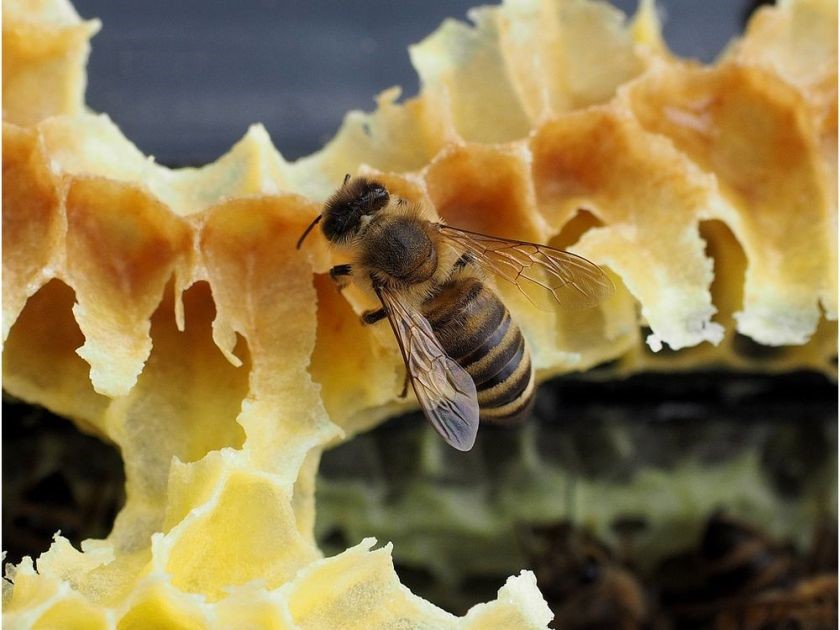 Despite the best efforts of beekeepers to keep honeybees warm, prolonged freezing temperatures like what Alberta has experienced in February can make it harder for the bees to survive the winter.

Honeybees are not native to Alberta, having been brought over by European settlers and then spread across North America. Therefore, they need a little bit of extra help to survive our “normal” cold winters, said Ron Miksha, a beekeeper based in Calgary.
This means one would be hard-pressed to find a feral honeybee survive one of Alberta’s winters.

Miksha said beekeepers will do everything they can to make sure their hives survive the winter. This includes wrapping the boxes that contain the hives with insulation and making sure there’s lots of honey in the colony. Between October and April, there is nothing natural for the bees to eat except for the honey they store in the summer, he said.
If it stays cold for a long time, the colony, which is usually about 20,000 strong, will cluster up really tightly together to keep warm. They will eat the honey they’ve saved to turn it into energy, or heat, so they’re able to heat up a small part of the hive and stay warm.

“But if it stays really, really cold for a long time, then they could eat all the honey in that immediate vicinity and there could be honey just a few centimetres away but it’s too cold for them to move and reach it,” said Miksha.
“They risk starvation (if) they don’t have enough food nearby.”
It’s also possible for bees to eat all the honey in a hive before winter is over, but Miksha said that doesn’t usually happen when it’s very cold because the bees are basically immobile.
But, if they do get down to that last drop, Miksha said the bees are very self-sacrificing.
“I have seen colonies that run out of honey and every bee in the hole hive will share every drop of honey until it’s all gone. And then they all die within hours,” he said.

However, if a hive is well wrapped and beekeepers have done what they can to make sure there’s lots of honey and insulation, then the bees will likely make it through the winter.
It’s more common, said Miksha, for bees to die off during the winter if the queen gets sick or dies or the colony suffers from an illness.
Miksha said beekeepers won’t know the extent of losses, if any, until mid-March or the beginning of April. But the prolonged cold weather does make beekeepers anxious.
“Beekeepers, in general, are nervous because it’s been cold but we’re not panicked or worried that the losses will be extremely high, not yet anyway.”

‘Oh, my God, something bit me’: Scorpion stings student on Toronto...
Scroll to top