Cockroach milk? Insect dairy alternatives could be the next superfood trend 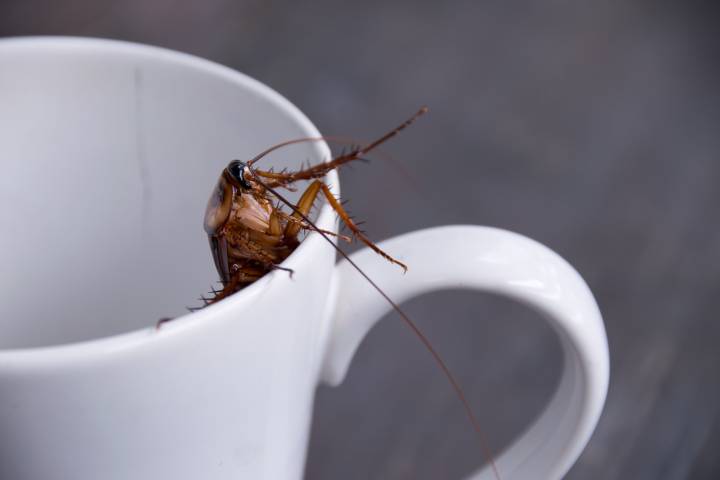 People are already using entomilk, or insect milk, to make things like ice cream. Here’s why cockroaches could be the next big food trend.

It may not be everyone’s cup of milk, but for years now, some researchers believe insect milk, like cockroach milk, could be the next big dairy alternative.

“I don’t think anyone is going to like it if you tell them, ‘We extracted crystals from a cockroach and that is going to be food,’” biochemist Subramanian Ramaswamy told the Washington Post in 2016, adding more research would need to be done to figure out how roach milk would affect humans.

Others report producing cockroach milk isn’t easy, either — it takes 1,000 cockroaches to make 100 grams of milk, Inverse reports, and other options could include a cockroach milk pill.

And although it has been two years since the study, some people are still hopeful. Insect milk, or entomilk, is already being used and consumed by Cape Town-based company Gourmet Grubb, IOL reports.

The shop currently makes ice cream with insect milk. “Eating insects as is or in powdered form is a tad boring. … Therefore we use entomilk to make our delicious ice cream,” the website notes. Think of entomilk as a sustainable, nature-friendly, nutritious, lactose-free, delicious, guilt-free dairy alternative of the future.”

And insect products are also more mainstream than ever — even though communities around the globe have been consuming them for protein for decades. With the news of Loblaw Companies Ltd. picking up cricket powder at local grocery stores, Jarrod Goldin, president of Entomo Farms in Norwood, Ont., says his business can’t keep up with demand.

“Yes, there will be people who think [insects] are icky or have a yuck factor, but the ingredients are so versatile,” he tells Global News.

Goldin, who launched his business in 2014, got interested in the insect market after the Food and Agriculture Organization of the United Nation in 2013 announced people around the world were consuming more than 1,900 insects. As his brothers were already farming insects for fishing and reptile use, Goldin thought it was be a smart business opportunity to focus on food.

“This idea that insects are for the poor and disenfranchised is really missing the point,” he continues. “The truth is there are nutritional health benefits that would be good for everybody.”

And although he doesn’t see an interest in the Canadian market for insect milk as of now, he says he can see insect powder being mixed into other milk alternatives or even something like protein-packed insect milk down the road.

Goldin adds studies have shown cricket powder can be a high source of protein and B12. The PC version his company produces has 13 grams of protein per every 2 1/2 tbsps.

“I appreciate that they are a potentially more economical and environmentally friendly alternative to conventional animal products and if such a context exists that these two considerations trump everything else, perhaps these products could come to further prominence,” he tells Global News. “But I am unsure as to their micro-nutrient content and whether or not it is comparable to more conventional alternatives,”

He says while he sees the taboo that North American culture still has around consuming insects, a lot more research has to be done on their nutrition value.

“I’ve read that some species of insects contain decent levels of nutrients but that it depends on seasonality and what the insects are fed,” he continues. “From what limited information I’ve seen on cricket flour, it may be a good source of B12 but really only a modest source of iron/calcium.”

Goldin says as more research is being done, he is aware some people may not understand the idea of consuming something like crickets or cockroaches. For him, it’s keeping ahead in a growing industry.

“As consumers, you should be able to understand the ingredients in your food. Our challenge is not adoption, but producing more faster.”