82-year-old Angelo Mion from Vancouver narrowly avoided an $8,000 fine this week for destroying a gull’s nest 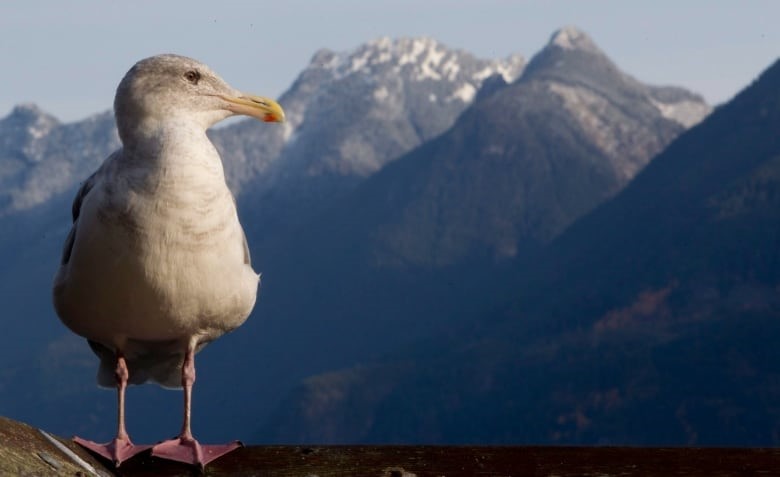 Seagulls are as much a part of the B.C. landscape as the Coastal Mountains. And they’re protected – despite fowl bathroom habits. (Jonathan Hayward/The Canadian Press)

Angelo Mion learned the hard way that a seagull is more than just a flying rat. At least as far as the law is concerned.

The 82-year-old East Vancouver man found himself before a judge for the first time in his life this week after having pleaded guilty to an offence: destroying the nest of a migratory bird.

And so here he was shuffling at the glacial pace that was as fast as his feet could carry him down the aisle of a fifth floor B.C. provincial courtroom to face judgment.

“I didn’t know that seagulls were protected either. I don’t think most people do,” his lawyer told Judge Patrick Doherty.

“He didn’t know he was doing anything wrong.”

Mion’s tangle with the law grew out of the ornithological obsession of a couple whose high-rise condo allowed them a clear view of the rooftop of a low-rise East Vancouver apartment building Mion built in the early 1980s.

The octogenarian doesn’t live in the building, but he still serves as caretaker. And in the summer of 2016, his neighbours took an interest in the birth and hatching of two fledgling gulls.

Crown prosecutor James Billingsley said gull chicks are flightless for five to six weeks. But once they do take to the skies, their nests still serve as a kind of homing beacon.
“It’s how they orient themselves in cases of extreme weather,” the prosecutor said.
One of the neighbours claimed he saw Mion walk onto the roof one July morning and “chase and kick” at the two baby gulls. The birds’ parents screeched and circled in the skies overhead as the neighbour yelled at Mion to stop.

That night, the other half of the couple saw Mion “sweeping the nest into a bucket.”
They called wildlife officials, who showed up at the door of Mion’s home, “but he refused to open it.”

‘These are these common seagulls, right?‘

Fast forward to the summer of 2017 and the high-rise neighbours had their eyes on a new nest of gulls. There were three this time.

Then, in mid-August, one of the neighbours came home to find there were none.
“He saw shovel marks,” Billingsley told the judge.

A wildlife inspector called on Mion again, this time wanting access to the roof for an inspection. Mion told him there was no need, because he had already removed the nest.
“Mr. Mion stated that he was the only one with access to the roof,” Billingsley told the judge.

“And (the officer) should go and get a helicopter because that was the only way (he) would get access to the roof.”

In a distinguished career behind the bench, Doherty has presided over complex cases involving alleged sexual assault in the RCMP, trespassing on Indigenous land and fraud.
This appeared to be the first time he had been asked to consider the rights of a Glaucous-winged gull.

“These are these common seagulls, right?” he asked Billingsley.

The rise and fall of the Glaucous-winged gull

According to a 2015 University of British Columbia study, the number of seagulls in the Strait of Georgia, which separates Vancouver Island from the B.C. mainland, has dropped by 50 per cent in the past three decades. Diet is considered a factor in their decline.

They’re known for eating almost anything — hence the “flying rat” reputation — but they historically relied on a marine diet. Apparently french fries, cookies and other scraps picked off the plates of tourists are not an improvement.

But Mion’s lawyer, Ken Westlake, said an absolute discharge would be more appropriate.
Born in Italy in 1937, Mion came to Canada in 1956 with a Grade 5 education. A mason by trade, he worked until the point his body failed him, raising children and grandchildren.
He has prostate cancer and other health issues. Westlake said the gull’s nest was blocking the drain in the apartment building.

Mion wore a crisp light check shirt and brown dress pants as he sank into a chair beside his lawyer.

Westlake said the old man was “adamant” that he didn’t touch the nest until the chicks were gone.

And he disputed any suggestion that the neighbours could have seen his infirm client “kick” at anything.

“He walks with some difficulty,” Westlake told the judge. “What (the neighbour) observed and what he believes have nothing to do with what happened.”

After a break to consider the facts, Doherty decided to give Mion an absolute discharge — meaning he won’t have to pay a fine and hopefully will never have to set foot in a court again.

The judge pointed out that ignorance of the law is no defence. But in some circumstances, it can be a mitigating factor.

“It is absolutely inconceivable that he will be caught doing anything wrong again,” the judge said.