B.C. man dies of rabies after coming into contact with bat

You are here: Home / Pest News / B.C. man dies of rabies after coming into contact with bat 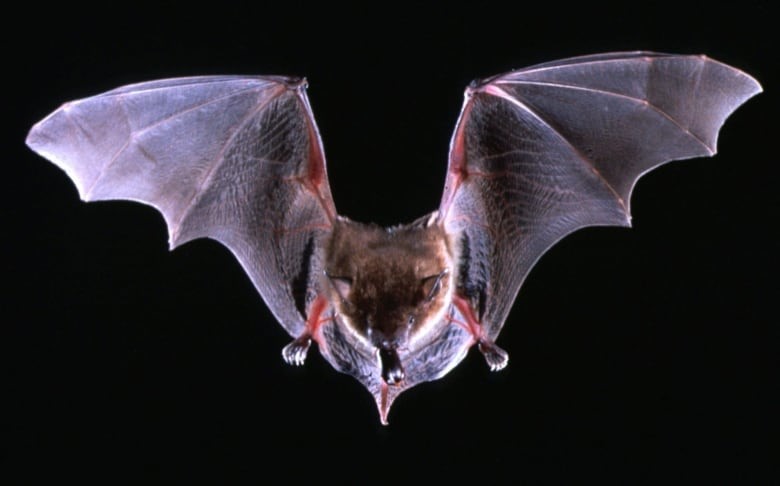 A big brown bat flies with a beetle in its mouth in this undated photo. Bats are the only known animals that carry rabies in B.C. (Merlin D. Tuttle/Bat Conservation International/AP)

A 21-year-old B.C. man has died of rabies after coming into contact with a bat on Vancouver Island, health officials confirmed Monday.

B.C.’s provincial health officer Bonnie Henry said the man came into contact with the bat in mid May and began showing symptoms six weeks later. He died at at St. Paul’s Hospital in Vancouver on Saturday.

The man’s identity has not been released.

It is extremely rare for humans to die of rabies, said Henry.

Only 25 people have died from the disease in Canada since reporting began in 1924, according to Health Canada. Most deaths were in Ontario and Quebec. The most recent cases in Canada were in Ontario in 2012 and Alberta in 2007.

The man’s death is the third rabies-related fatality in B.C.

A 52-year-old man from the Lower Mainland died from rabies on Jan. 30, 2003. He had been admitted to at Royal Columbian Hospital (RCH) in New Westminster earlier that month after complaining of weakness in his arms.

After that man’s death, doctors recommended rabies vaccinations for 180 employees at RCH and Vancouver General Hospital as a precaution.

Rabies is a virus that infects the nervous system. Symptoms include pain, weakness, and nerve pain that extends into the central nervous system and the brain. An aversion to water and an increase in saliva production are also common.

Henry said that while there is no recorded history of rabies being transferred between humans, the man’s family members and health-care workers who treated him in recent weeks have been offered the vaccine “to err on the side of caution.”

Henry said the man’s symptoms progressed “very quickly.” It was only after he mentioned that he had come into contact with a bat that he was tested for rabies.

Henry said skin must be punctured for rabies to be passed from an animal to a human, though it can be difficult to tell with a bat scratch.

“With a bat you may not even recognize that a scratch has happened … that can happen very quickly so any sort of direct contact with a bat is a risky thing,” said Henry.

“Bats generally don’t want to be around humans so that’s one of the things that is worrisome. If you are in contact with a bat then you really need to be assessed so we can give you the vaccine to make sure we can prevent you from getting this terrible disease.”
In B.C., bats are the only known carrier for rabies. Around 13 per cent of bats that are submitted test positive for the disease.

In other provinces, foxes, coyotes, raccoons and skunks can also be carriers. Dogs are carriers of rabies in some countries, but that has been eliminated in Canada thanks to vaccination programs. However, pet owners are advised to consult a veterinarian if they believe their pet has come into contact with a bat.