You are here: Home / Pest News / A swarm of nearly 40,000 bees attacked police responding to a single bee...

They were responding to a report of a single bee sting 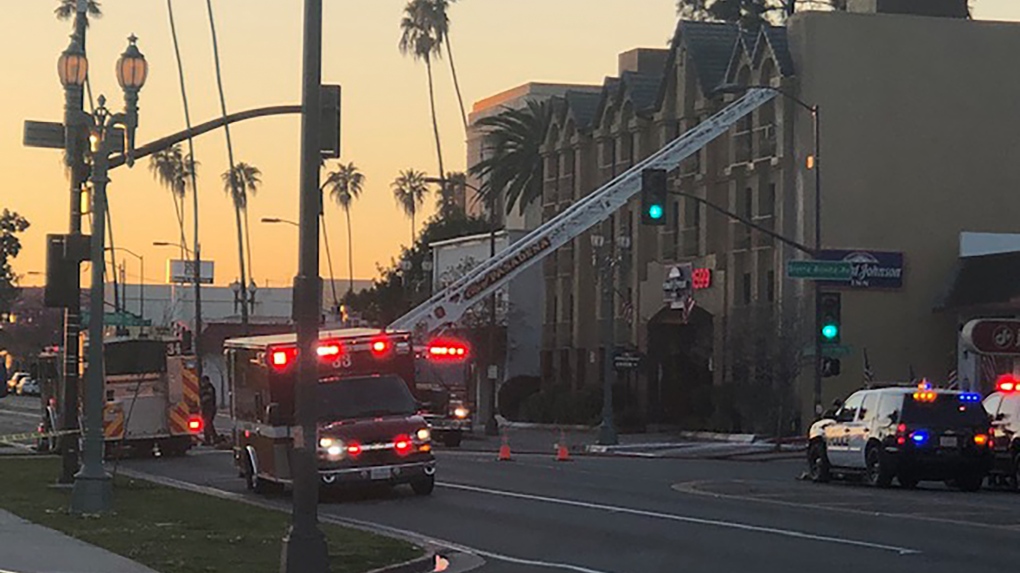 They were responding to a report of a single bee sting. But their problem was about to get a whole lot worse.

A group of firefighters and police that were responding to a bee sting were attacked Thursday afternoon by a swarm of nearly 40,000 Africanized bees.

Three of the first responder’s were rushed to the hospital, while the others quickly shut down the block.

A block full of bees

The bees stung seven people in total, but two of them didn’t go to the hospital, the authorities said.

No one got it worse than the first firefighter who arrived. The bees stung him 17 times.

That led to the group to realize that the swarm of bees covered the entire block.

“The bees were very aggressive,” Derderian said. “Somebody could have had an allergic reaction and it could have been serious and or fatal.”

Firefighters and a professional beekeeper climbed a ladder to remove the hive, which was on the roof of a four-story Hampton Inn. They then sprayed the bees with CO2 and foam extinguishers.

Some of the bees were killed, while others left the area when the sun went down, she said.

The beekeeper safely removed the hive so that the bees could not return home.